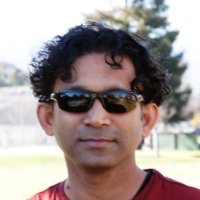 I currently work at WaveOne, where we are building next generation media compression technology using machine learning techniques.

Sanjay holds MS degree in computer science from University of Southern California. He joined WaveOne from Microsoft, where he was part of the remote desktop (RDP) core video codec team. At Microsoft, Sanjay’s team led the effort to port RDP to use standardized codecs, which resulted in proliferation of RDP technology across operating systems and devices. Prior to Microsoft, Sanjay was part of Intel’s graphics and camera group where he held several technical and management leadership roles. At Intel, he led the development of Firmware Development Kit, which enabled customers to accelerate their algorithms on graphics and camera hardware. In his spare time, he enjoys yoga, music and playing volleyball.